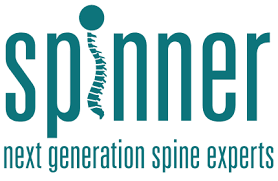 The Spinner Project  is a doctoral training programme aimed at Bioengineering early stage researchers, to train bioengineers to be in a position to design the next generation of repair materials and techniques for spine surgery. SPINNER brings together partners from the biomaterials (Finceramica), implantable devices (Aesculap), and computational modelling (Ansys, Adagos) industries with orthopaedic clinicians (National Centre for Spinal Disorders, NCSD) and academic experts in cell, tissue and organ scale biomaterials and medical device testing (Universities of Sheffield and Bologna).

RBF Morph team will work with Spinner Fellow, Marco Sensale, who is based in Ansys, Lyon, to use joint software technology to develop in silico models of the spine.

One of SPINNER’s key objectives is the making of integrated, user-friendly, in silico models of the mechanics of damaged and reconstructed spinal segments that can be used for predictive design, patient-specific analysis and surgical navigation.

With RBF Morph’s RBF Morph ACT Extension, we will contribute to the development of the medical digital  twin. Thanks to mesh morphing the Finite Element Analysis model of the vertebra and the parametric shape of the implanted screws can be squeezed into a reduced-order models (ROM) that allows real time interaction thus enabling a precise and accurate positioning and dimensioning of the correction.

The SPINNER project received its funding  from the European Union’s Horizon 2020 research and innovation programme.