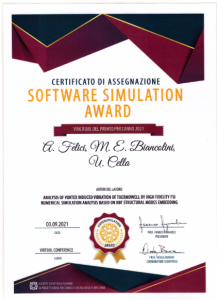 The RBF Morph team and the University of “Rome” Tor Vergata win the “Software Simulation Award” at the Italian Conference AIAS 2021 with the video “ Analysis of vortex induced vibration of thermowell by high fidelity FSI numerical simulation analysis based on RBF structural modes embedding“.

A FSI approach based on modes superposition is proposed and implemented in order to numerically capture the lock-in condition of a thermowell immersed in a water flow. The transient analysis has been conducted computing the natural modes with ANSYS Mechanical and embedding them into ANSYS Fluent through the mesh morphing Add-On RBF Morph.

The University of “Rome” Tor Vergata is the winner  of the Ansys Hall of fame 2020 world competition in Academic Session.

Engineers used ANSYS Fluent, ANSYS Mechanical and RBF Morph to perform cardiovascular simulation with moving walls and applied it to the fluid–structure interaction analysis of a custom valve coupled with patient data. 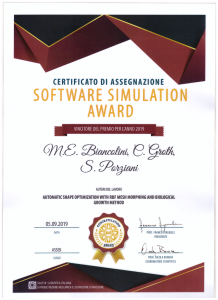 The RBF Morph team wins the “Software Simulation Award” at the Italian Conference AIAS 2019 with the video “Automatic Shape Optimisation with RBF Mesh Morphing and the Biological Growth Method”.

This video demonstrates automatic shape optimisation driven by the stress solution according to the biological growth method.

The industrial implementation is based on the FEA solver ANSYS Mechanical and the advanced mesh morphing ACT Extension RBF Morph.

FTGM  (Fondazione Toscana Gabriele Monasterio) is the winner of the Ansys Hall of Fame 2018 world competition in Academic Session.

Using ANSYS CFD and RBF Morph, researchers created a virtual statistical patient to analyze the blood flow and blood pressure alterations during the transition of the aorta from a healthy to an aneurysmatic state. 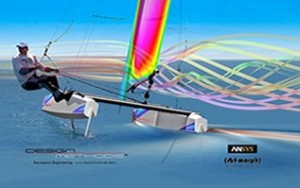 The Design Methods company won the 2016 Hall of Fame world competition in the session “Corporate Thanks to a Groundbreaking Application Concerning the Optimization of A-class Catamaran” that was accomplished through the coupled use of ANSYS Fluent and RBF Morph. Specifically, a CFD sail analysis with an analytical velocity prediction program (VPP) was tuned against multiphase CFD analysis of the hull in order to get the optimal shape. 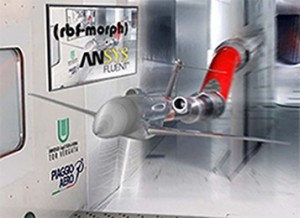 RBF Morph has been runner-up in the ANSYS Hall of Fame Competition 2013 with the developed fluid-structure interaction numerical modeling method. Modal loads are directly integrated over mesh to calculate actual values of modal coordinates for both static and transient problems.

ASWC 2013 RBF MORPH AWARDED FOR THE BEST USE OF HPC

RBF Morph was awarded “Best Use of HPC” during the closing ceremony of the ANSYS Automotive Simulation World Congress 2013 in Frankfurt. The award is given in recognition of the paper: “Advanced Mesh Morphing for Automotive Applications using RBF Morph”, presented by Dr. Marco Evangelos Biancolini, University of Rome “Tor Vergata”, Rome (Italy).

The third award, for the “Most Innovative Use of Simulation”, was presented to  Simona Invernizzi from Dallara Engineering in Parma (Italy) for her paper on “Advanced Mesh Morphing Applications in Motorsport”. A specific example of usage of RBF Morph in motor sport was given by Dallara with examples on the Indy Car IR5.

RBF Morph has been awarded ” Most Advanced Approach Using Integrated and Combined Simulation Methods” at the European Automotive Simulation Conference (EASC 2009) for the presentation Industrial Application Of The Meshless Morpher RBF Morph To A Motorbike Windshield Optimization.