RBF Morph at the CAE Conference 2017 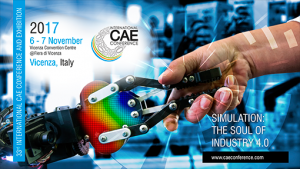 RBF Morph will join the 33st International CAE Conference that will be taking place in November on 6th and 7th in Vicenza (Italy). Specifically three works will be presented.

The first work titled “Hemo-Elastic study of ascending thoracic aorta aneurysms through RBF mesh morphing” describes an approach to perform parametric fluid-structure interaction (FSI) analyses of healthy subjects with ascending thoracic aorta aneurysms (aTAA). Such numerical studies are performed through ANSYS® Workbench™ and foresee the use of both computational structural mechanics (CSM) and computational fluid-dynamics (CFD) software to handle the FSI task according to the two-way approach, and of a mesh morphing technique implemented in the RBF Morph™ ACT™ Extension to apply the shape variations in the respect of aneurysm shape growth.

In the second work titled “Constrained Geometric Parameterization by Mesh Morphing for a Catamaran Foils Optimization Procedure” a pilot study has been developed focusing on a particularly demanding problem: the optimization of A-Class catamaran foils. The objective is to demonstrate its capability in implementing a complex constrained geometric parameterization highlighting the several advantages it offers in comparison to a standard CAD driven strategy. The proposed procedure led to identify a solution able to significantly improve the performance of the baseline geometry both in upwind and downwind sailing conditions. 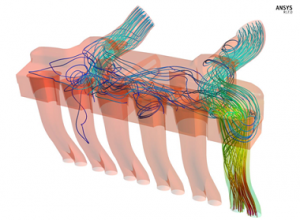 Finally paper titled “Shape optimization of 3d printed high performances automotive parts” will be given by HSL. In the framework of the Fortissimo Project HSL and RBF Morph have demonstrated this concept with a pilot study conducted for Lamborghini on specific High Performance Car Components.

The engine airbox of the high performance Aventador car has been redefined by shape optimization and manufactured by 3d printing gaining an increment of performance of 3.5%. Advanced mesh morphing by RBF Morph, high fidelity CFD and FEM are key enablers of the joint vision herein presented.

For more information about these interventions you consult the Agenda.

We look forward to see you in Vicenza!